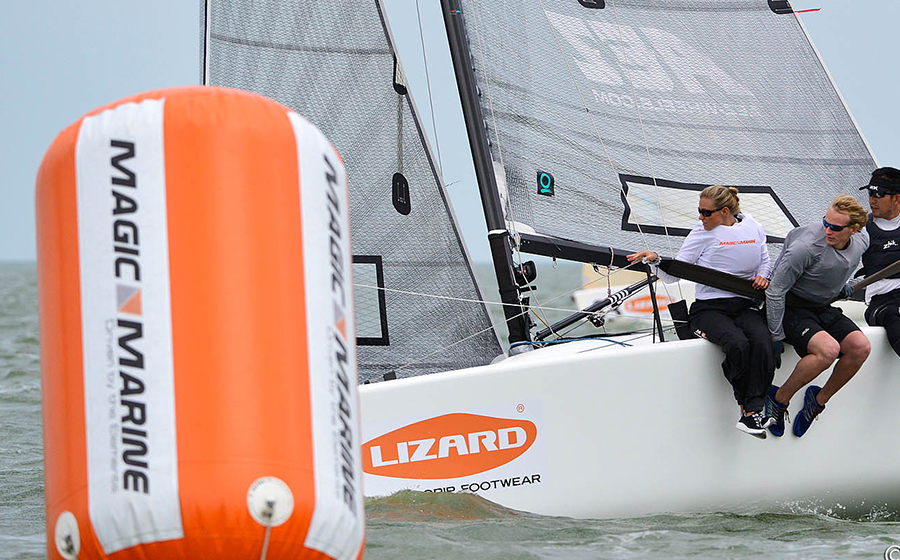 The Dutch Melges24 class reached out to Gybeset in April 2014: they needed someone to take over the shore management as they realised that it couldn’t be combined with competing in the event. The Magic Marine Melges 24 European Championship 2013 concluded with 72 competitors from 16 nations.Running an event for such a professional sailing class means high demands from the sponsors, the International Class Association and the teams competing. Gybeset was the link between the sponsors, the race management team, the International and the Dutch Class association and had to make sure the event runs smoothly and within the budget.

Prior to the event, Fettje made the final arrangement with suppliers, added missing services as craning and security, gather a group of volunteers, made the itinerary and all the other operational aspects of running an event. Also, she optimised the organisation to create an extra buffer within the budget.

During the event Fettje was in charge to make the whole shore operation run as smooth as possible: volunteers, logistics, entries, craning, measurements, sponsors, social events and of course the press.